ode to my belly 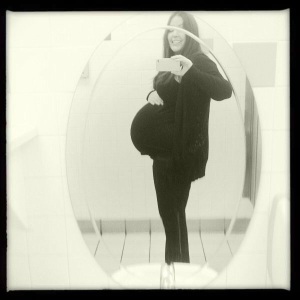 After two pregnancies, two c-sections and a bout with cancer, it’s safe to say my belly isn’t what it used to be.

“Are you having twins!” they’d ask, as I’d give them the stink eye and reply with something sarcastic about growing a super-sized baby.

But, with bootcamp and more willpower than I’ve been able to muster since, I lost the baby weight and life moved on.

Then came the cancer diagnosis. That wasn’t in my belly (thank you Jesus), but the chemo, steroids and radiation killed my thyroid… and the belly was back. With a vengeance.

Cancer weight gain is a complicated mix of hormones and drugs and fatigue and chemicals that I’m having a hard time tackling.

This wasn’t lost on my six year old, who made a comment about it the other day. He was very clear that didn’t want to hurt my feelings (he’s a softy like that), but he wanted to know what happened to make my belly squishy. (Yes, you can totally feel sorry for me here).

Wanting him to know I was aware and on top of it, I explained that that’s why I’d been working out and seeing my trainer, “So I can get rid of my belly.”

My four-year-old son listened in as we spoke, and the two boys turned to playing after I answered . . . presumably because that was sufficient enough.

A week later my little one was playing at my feet while I worked at my desk. He looked up at me and said, “Momma?”

“I’m worried,” he said. “If you get rid of your belly… where will you put the food?”

It reminded me — It may not be what it used to be, but this belly has nourished me and kept me alive, it’s carried and protected two beautiful babies, and wears the marks of a mom who’s blessed to be here… squishy and all!